For most, hiking the Appalachian Trail (AT) remains only a dream. Myself, I wish I had taken the time to do it either immediately before or after college. In hindsight, having read many documented accounts of how incredibly transformative the journey is for the thousands of hikers who embark upon the journey each year, I now realize that if I had made the trek before I went to college that I very well might not have pursued a college education at all. Perhaps I would have been so spiritually altered by spending all that time in the wilds with nothing to do, mostly, except concentrate on putting one foot in front of the other, that I would have returned as wannabe writer, musician or, more likely, a forest ranger.

Oh, to have all that spare time to ponder, analyze and dream…and be inspired by nature. Still, today, I fantasize about shedding the responsibilities and burdens of my uber-busy, over-technologized twenty-first-century life to set out one spring from Springer Mountain, Georgia and meander—over the course of many months—north and east to the Trail’s terminus on Maine’s Mount Katahdin, a distance of some 2,190 miles.

In the meantime, I can live vicariously (and so can you) by following the journey of Danny Moody and Dan Giguere, two ambitious young hikers from Maine (Danny is from Winthrop and Dan is from Manchester) who set out—along with Danny’s dog, “Daisy”—on the AT a few weeks ago from Springer Mountain. Danny and Dan were “recruited” by Maine Public to document their adventure by posting blogs from the AT on Maine Public’s website; the initiative is titled "Here to There and Back."  You can follow along here: http://mainepublic.org/post/here-there-and-back (be sure to click on the green hiker icons on the map for blog entries and photos).

Frenchies’ is proud to have donated a supply of Maine Woods Bug Dope (our natural insect repellent), to help Danny and Dan (and Daisy!) ward off mosquitoes and black flies along the way. We’re confident that our proprietary mix of essential oils will greatly reduce the number of insect bites they will experience.

We wish Danny, Dan and Daisy the best of luck in completing their journey and we look forward to seeing them arrive back in Maine later this summer, safe and sound. Until then, we’ll be reading about their experiences on the AT as they share them on Maine Public’s website.

While more than half of “thru-hikers” are in their 20s, many older, "wiser" (and more brittle) souls set out to take on the AT (or sections of it) in their 50s, 60s and 70s. And, believe it or not, even a few in their 80s and 90s! So, barring any unforeseen circumstances, I may still get my wish. But, right now, it’s time to make more Bug Dope.

Pictured below (left to right): Danny Moody and Dan Giguere (and "Daisy"), near Springer Mountain, GA. 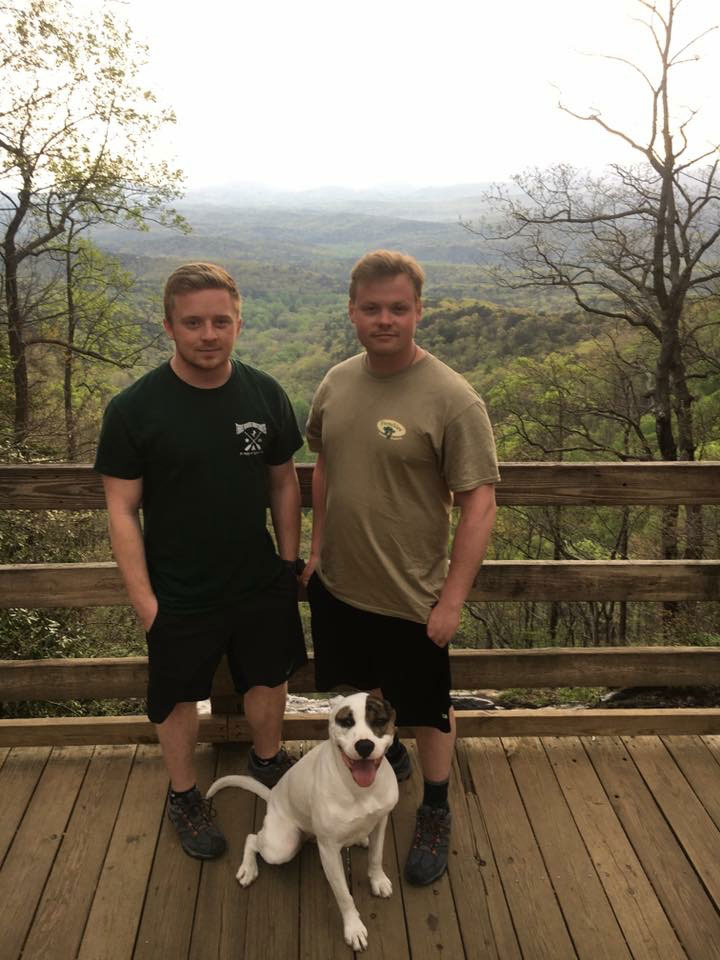 Below: Danny and Daisy enjoy a beautiful vista on the AT. 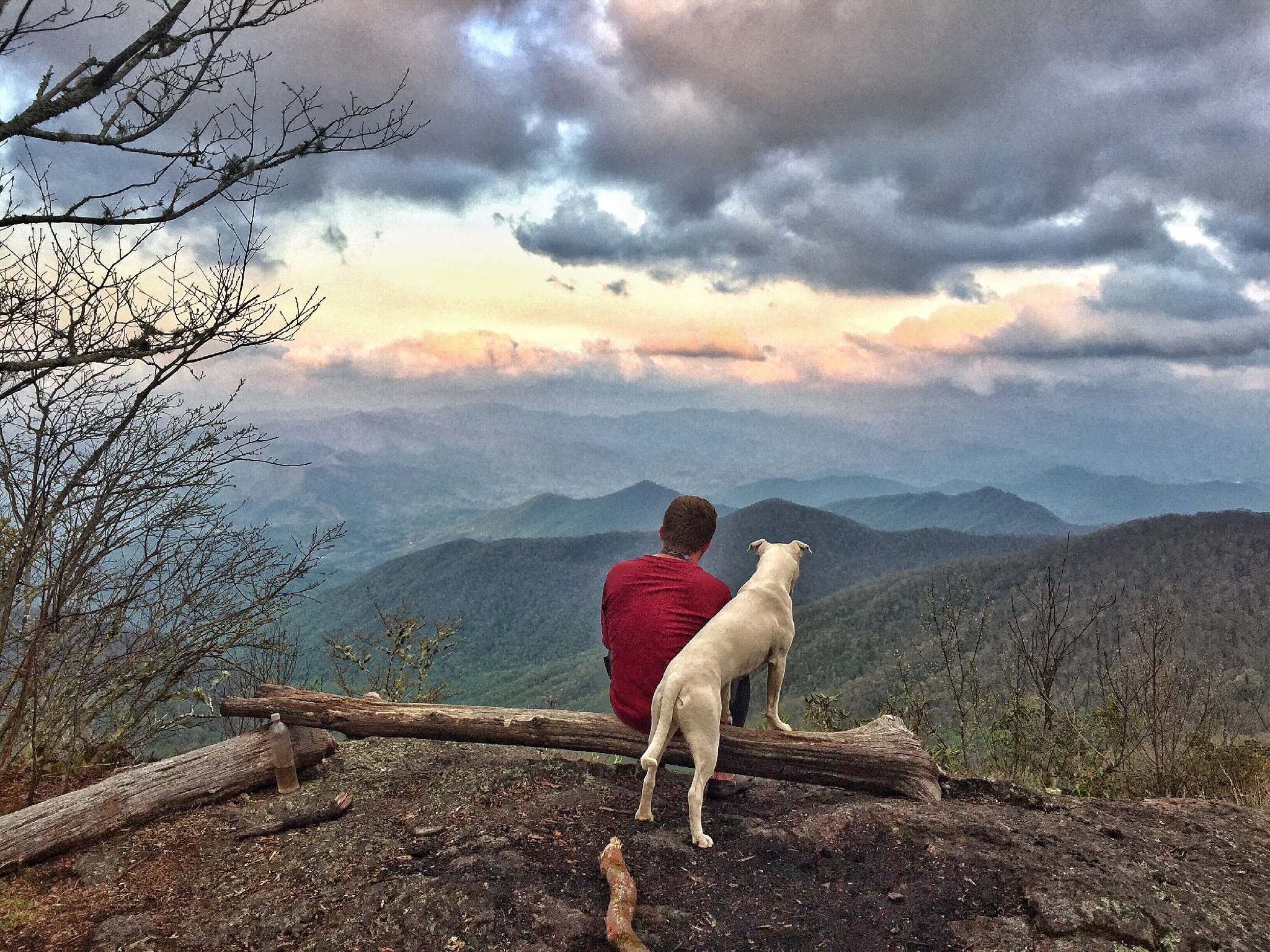