Most of us who live in the Northeastern United States and Eastern Canada are familiar with balsam fir trees and love balsam air freshener mists and balsam candles. We see the trees growing wild in our forests and strategically planted along roadsides, in yards and city parks. Many even love their balsam fir pillows! But how much do you know about this amazing tree that has an untold number of healing qualities as well as many practical uses? Here’s an overview of what we at Frenchies’ refer to as the “Awesome Balsam!” 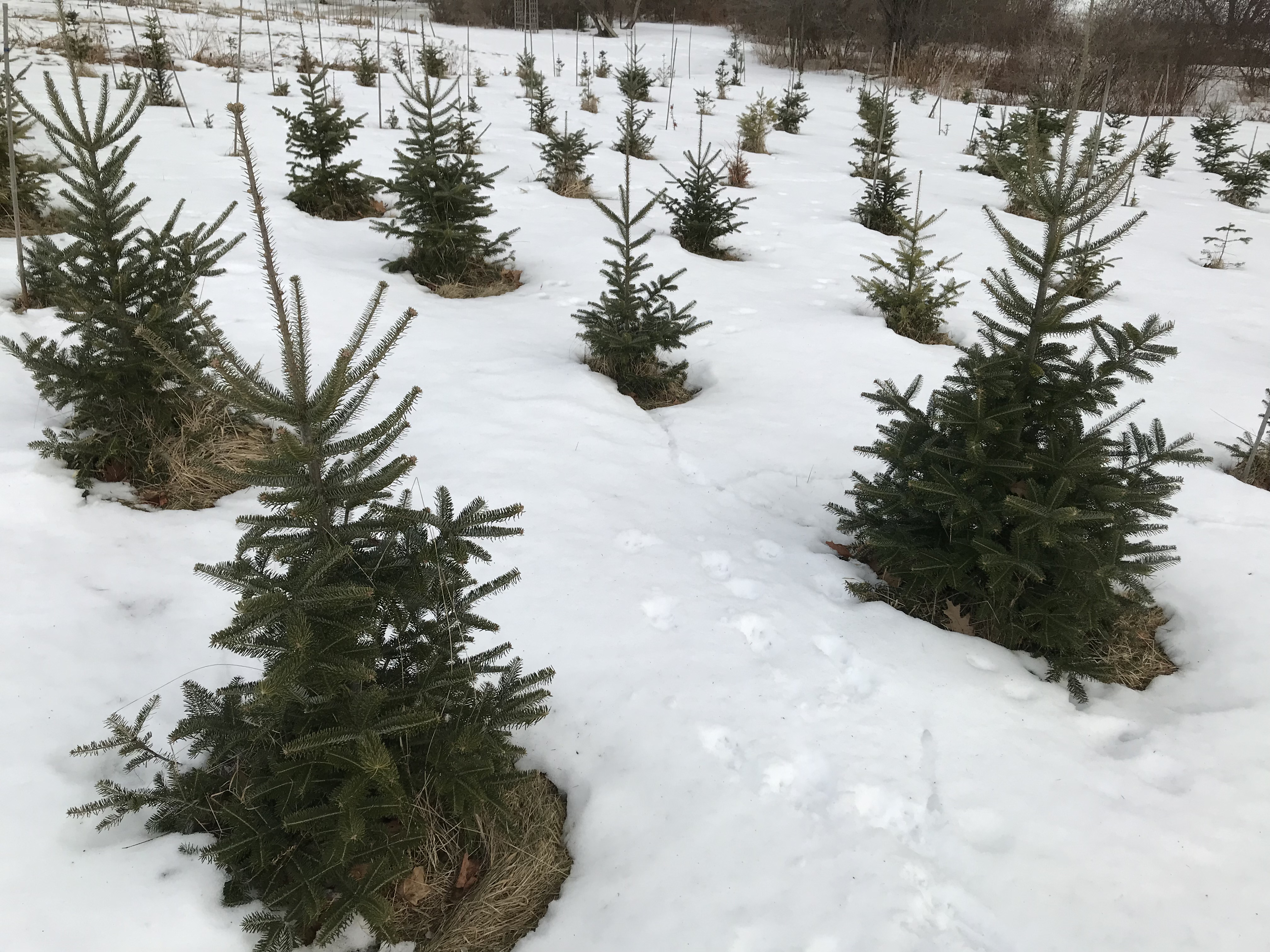 For the purpose of this blog, we’ll focus on Abies balsamea, referred to hereafter simply as “balsam fir” or just plain “balsam.” Balsam fir trees prefer cool, moist climes and grow in a variety of soil conditions, from sea-level to alpine environments: lowland swamps; mixed hardwood forests; and in pure stands.

Balsam fir is the most commonly grown Christmas tree in the Eastern U.S. and Canada, preferred for its dark-green, fragrant needles, conical shape, and long-lasting qualities after being cut. But beyond its mass cultivation for Christmas trees and wreaths, the awesome balsam has many other uses and plays an important ecological role.

In the wild, moose heavily depend upon balsam fir as a critical source of food during the winter months. Deer also browse on balsam fir tips during winter and hunker down in stands of balsam for protection from the cold and wind. Balsam is a preferred food source for red squirrels, chickadees, crossbills, snowshoe hares and other small mammals and songbirds.

For mankind, balsam fir trees are harvested for wood pulp (which is later used to make paper) and lumber—used particularly in light frame construction.

But for all its traditional uses, did you know that balsam fir has been utilized for centuries for its medicinal properties? Native Americans were known to use the thick, sticky resin from balsam fir trees to heal wounds, combat colds and sore throats—and made balsam tea by boiling the needles in water (balsam needles contain a high concentration of vitamin C).

Today, the essential oil from balsam fir needles is used as an anti-inflammatory, anti-bacterial, expectant, and to reduce anxiety and promote sleep. Essential oil of balsam fir—which also contains the healing resin—can be added to massage oil and lotion to help increase blood circulation and promote healing of sore muscles and joints.

Here at Frenchies’, though we work with dozens of different combinations of essential oils, balsam is our most popular “scent.” We use only balsam essential oil (a completely natural product which comes from real balsam fir trees) in our nature mists—and never use a fake, chemically derived fragrance that is commonly found in many mass-produced, low-quality/low-cost personal care and household products that claim to smell like balsam.

In summary, the balsam fir tree is truly remarkable for its refreshing, invigorating scent (such an amazing room freshener!) and its breadth of practical and medicinal uses and qualities—not to mention that a lot of wild critters depend upon it for survival. And that’s why a balsam branch is the symbol of our company and is incorporated into our logo. We’re hopeful that, after reading this, you’ll hold the incredible balsam fir tree in higher regard the next time you encounter one close up on a hike in the woods (be sure to crush some fresh needles in your hand, then sniff!) or spot one in your neighborhood. Now you know why we think balsam is awesome.